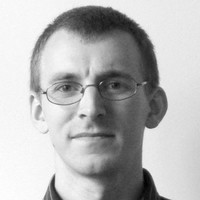 The Internet of Things (IoT) is set to transform the way we live and how businesses operate. The use of smart devices will only continue to grow and will balloon to 64 billion connected devices by 2025.

IoT is a network of appliances, sensors, and devices that send information to each other in order to make a decision or take an action.

It is an all-encompassing term that describes multiple electronic devices and technologies working together to improve critical infrastructure and existing processes across various industries, including manufacturing, real estate, and insurance to name only a few.

The basic structure of the Internet of Things solution includes the following:

IoT-connected devices have boosted efficiencies across various sectors, from manufacturing and insurance to building management and water treatment.

Property management companies install IoT networks to provide new features and capabilities such as smart thermostats that are able to change the room temperature, humidity, and light intensity based on occupants’ preferences.

The technology research company Gartner reports that smart technologies have the potential to cut down overall building costs by 30%, “Especially in large sites, such as industrial zones, office parks, shopping malls, airports or seaports.”

Installing smart objects to create smart buildings used to be expensive and complex. However, IoT systems have dramatically improved the process to make it much easier and more affordable to implement.

The vast majority of traditional building management systems are not scalable enough to handle feedback sensors and increasing capabilities.

Also, many building management systems only collect power consumption data for the entire property. Therefore, it’s challenging to precisely pinpoint the main cause of irregularities in energy consumption.

Finally, modification of the wiring is both capital and labor-intensive, which means that deploying traditional building management systems is both onerous and time-consuming.

Battery-powered IoT sensors are both affordable and easy to set up and manage. Together with reliable connectivity, sensors can be installed across facilities for comprehensive data collection.

The sensor data can be then sent to a building management server using open interfaces (for example, REST API). As a result, companies can automate business-critical workflows such as equipment activation or shutdown, maintenance scheduling, and alert triggers.

IoT-connected building management systems reduce energy consumption and repair and maintenance costs. For example, the data from motion and occupancy sensors can regulate air-conditioning and lighting in real-time to reduce energy costs. Of course, property management companies are then able to pass the savings onto the tenants and residents.

The around-the-clock monitoring and predictive features of IoT-powered smart buildings can also anticipate a maintenance issue before they're able to cause problems to residents.

Wearable technologies such as fitness trackers, smart home appliances, and other connected devices have led to an explosion of insightful customer data.

Insurance carriers can use IoT data to understand their policyholders on a more profound level, which helps them to create innovative insurance products with personalized coverages.

For instance, traditionally, car insurers used indirect or generic data, such as the driver's age, zip code, and creditworthiness of applicants to calculate premiums. Today, by deploying IoT devices, useful data on driver behavior such as how fast the vehicle is driven, how often the driver brakes sharply, and or how often it is driven at night help insurers to accurately assess risk.

By sharing information in real-time, a robust IoT network gives policyholders the possibility to affect pricing. Today's consumers are open to sharing some information with insurers if it translates into better rates.

Example of the Internet of Things in Insurance

For example, The John Hancock Vitality Program rewards its policyholders for following healthy lifestyles. Policyholders use wearable devices connected to IoT platforms that monitor their behavior. In exchange, they can save up to 25% on premiums.

Let's take a look at aircraft turbines. Historically, the number of cycle hours was one of the most commonly used data points for issuing an insuring policy.

However, now insurers can use IoT devices to collect relevant data such as the amount of time the engine was on full throttle as opposed to merely idling and at which temperatures and humidity levels. All of these elements play an important role in an engine’s longevity and reliability.

Internet of Things in Airports

Airports that have made investments in IoT technologies have seen a significant improvement in passenger experience.

For example, airports that use sensor data from IoT devices to track luggage as it moves from the counter all the way to the airplane significantly reduce the number of lost bags.

These smart devices are driving significant savings and operational efficiencies while transforming the overall passenger experience.

Let's take a look at how airports can implement IoT technologies to create an IoT ecosystem that generates value:

Employees then use the information sent by IoT applications to start timely maintenance procedures, which increases the lifespan of the ground service equipment that communicates IoT data.

The goal of implementing IoT applications at airports is to optimize mission-critical tasks such as maintenance scheduling, push-backs, plane fueling, and debris clearing.

Airports are looking for different ways to set themselves apart from the rest — cutting down carbon emissions and reducing noise pollution over highly populated neighborhoods helps an airport's brand and positions it as a responsible member of a community.

The management team at Heathrow set the goal of reducing nitrogen dioxide emissions to improve air quality around the airport.

They identified that huge (and preventable) sources of nitrogen dioxide were the airplanes parked at the gate powered by auxiliary power units (APUs). Heathrow decided to deploy IoT technology to reduce emissions.

They installed microphones on the apron in order to pick up the sound of APUs running. Then, this data is cross-referenced against flight schedules and other IoT data to identify the exact airplane that's using an auxiliary power unit instead of the power grid.

The crew onboard is then notified to switch to the power grid and turn off the APU, which reduces air pollution and saves the airline money.

The Internet of Things in Pharma Manufacturing and Distribution

Let's take a closer look at the most significant benefits the Internet of Things can offer pharmaceutical manufacturers.

One of the major risks in drug manufacturing is equipment failure, which can be caused by various factors including mechanical damage, excessive voltage, chemical deterioration, or poor maintenance.

In order to avoid any delays in production, pharmaceutical companies rely on round-the-clock monitoring of their facilities by IoT sensors.

An IoT system can keep a facility running smoothly by collecting vital data from various machine components including:

The collected data is then used for scheduling maintenance, and reducing downtime, while providing safety in the workplace.

Suboptimal manufacturing conditions can be disastrous for pharma manufacturing companies. Fortunately, they can be easily tracked and sustained by the Internet of Things.

Pharma Internet of Things sheds light on the drug manufacturing and storage environment by using various sensors and other IoT devices to monitor environmental indicators in real-time, including:

Again, the IoT data can be displayed on a dashboard enabling the laboratory supervisor to get an overview of the production process and take necessary actions if needed.

And in case of a potential disaster, such as a toxic substance leak, an enterprise IoT system that has an installed rules engine can trigger automatic actions. For instance, the connected system can sound the alarms and instruct the staff to evacuate the premises.

IoT devices generate enormous volumes of potentially powerful data. However, without intelligent decision-making and automation, an IoT platform is nothing more than visualization dashboards and endless data streams. The information coming from connected devices has virtually no value if no actions are taken.

One of the reasons why 76% of IoT projects don't succeed is because getting the IoT system to take action requires a software solution that uses business logic. This is where a business rules engine comes in.

Companies use rules engines to manage and make sense of the enormous volumes of data generated by IoT devices. A rules engine is a sophisticated piece of software that influences the behavior of IoT devices using conditional statements called business rules.

We've designed Hyperon to enable non-technical users to automate mission-critical IoT processes without having to rely on assistance from the IT department. Therefore, users don't need to write code in order to make frequent changes to various actions that need to be executed based on incoming data from IoT devices.

For instance, adjusting the pH or temperature requirements in pharmaceutical manufacturing is a quick and easy process in Hyperon that doesn't require programming expertise.

Any implementation of IoT needs to have a business rules engine running in the background.

Hyperon is a hyper-efficient rules engine capable of making a virtually infinite number of decisions in real-time. Get in touch with us today to learn how Hyperon can help you unlock the power of the Internet of Things.

This is some text inside of a div block.
Text Link

How Parametric Insurance Is Reinventing the Industry

Insurance buyers are actively searching for affordable insurance with a fast claims resolution process. Parametric insurance is the answer.