All changes in Hyperon can be made through Hyperon Studio which is web based graphical user interface. Hyperon Studio is optimized for desktop users.

According to our benchmark tests Hyperon proved to be 62 times faster than the leading open source business rules management system (BRMS).

The application using Hyperon is updated without the need for releasing a new version of the application. It saves you a lot of time and usually money (e.g. the previous business rules calculated pricing with too little margin).

You don’t have to worry, if you make a mistake - just revert to the previous configuration version (do not confuse Hyperon versions with your application versions).

Hyperon intelligently manages the versions and keeps more than one version simultaneously - for instance if your application user started the process - let’s say she or he entered a sales funnel, accepted legal terms, which were changed before the transaction was finalized - in such case for this user the accepted legal terms applies.
There is also one additional feature regarding versioning - the timeline. You can create new version of business rules, but instead of publishing immediately, schedule the time of the update.

More about architecture in the tutorial: Solution Architecture. 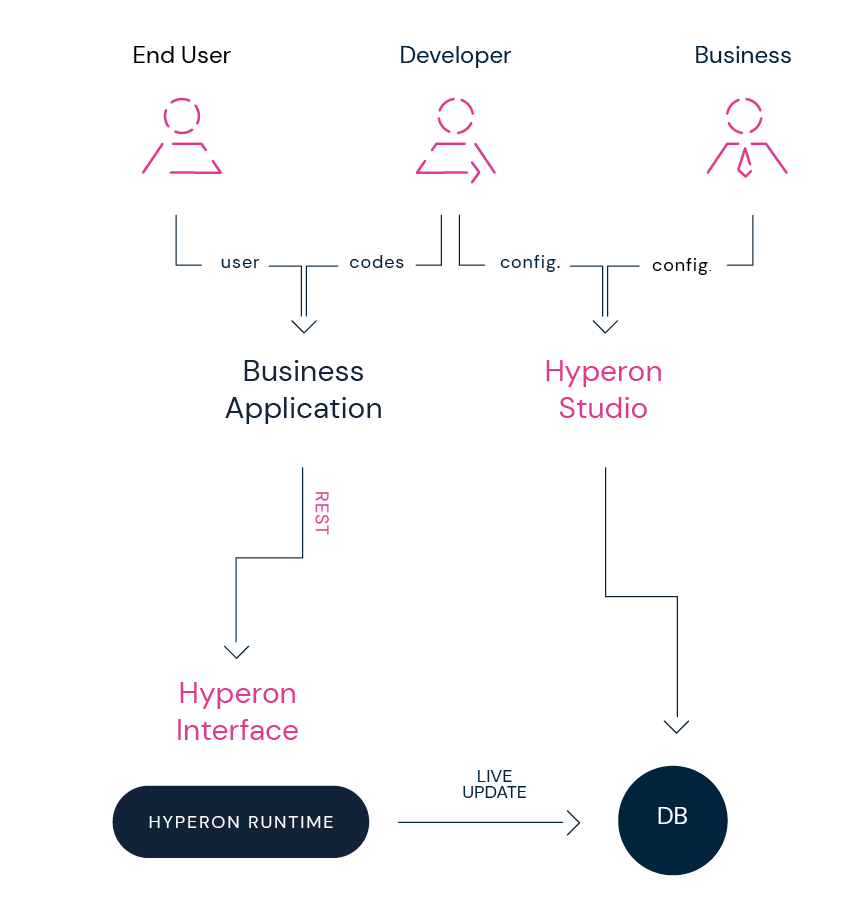 The application using Hyperon is updated without the need of releasing new version.

Hyperon Studio is web application made for implementing structure, parameterization and business logic by analysts and business representatives.

Hyperon Runtime is a library responsible for providing configuration and data for client’s application without losing performance. This aspect is achieved by mechanism of storing data as indexed matrixes, in cache memory and fetching them only when changes in Hyperon Studio are detected.

With Hyperon Studio user can create problem using domain driven design. Domain is functionality responsible for definition of custom components and objects that reflects simplified reality. Defined domain types can be used in Hyperon Studio and then other users can build solution based on that.

There is no limit to number of users working simultaneously, so every user has his or her own session (register of changes) and works on public environment applying his private changes. Those changes can’t be used by other users until they are published.

Hyperon Studio provides testing module for parameters, functions and domain elements. It means that every change done by a user may be verified before publishing, without developers, since user don’t have to deploy client’s application and switch to developer mode to run simple tests. Within that module user may check prepared test cases or run mass tests for multiple inputs and outputs within one parameter or function. All data needed to run those tests can be given from the level of testing module or by importing prepared excel file.

Hyperon Studio provides controlled way of defining inputs, which might be complex structures, called Hyperon Context. This context is referred to input data of proper structure and values, that are required for configuration to produce values.

If you want to persist context information in any way, you can use the Persistence Engine. Context structure with values can be easily stored within any database (same as application or separate). The engine can be used out of the box and speed up development process.

Usually process of development does not include only one environment. That creates a need to easily update environments. Hyperon provides two mechanism (superpack and snapshot) to do such migration, that may be done globally or just on selected profile. Depending on users’ needs that might be done by updating from one parameter up to whole configuration. Snapshot is functionality that may be used by every user since its build mechanism is simplified to a few fields, Superpack is more advanced feature and it is dedicated for advanced users.

Inside Hyperon Studio multiple profiles might be defined, that allows to use one environment for as many configurations as needed. Every profile contains its own definition of inputs and outputs for client application, and its own parameterization. What does it mean for user's application architecture? Only one Hyperon Runtime Library is needed even in multi-profile environment. Application can switch between profiles in runtime, restart is not necessary.

Hyperon Runtime provides API for developers to work within defined domain. Data which have to be provided by developer are: inputs to implemented domain and properly implemented output, to receive result value. Developer which takes care of application’s backend doesn’t have to go into business logic in between inputs and outputs, Hyperon is responsible for that.

All created elements as functions, parameters and Domain Objects (only those of Type with business role : PRODUCT) might be versioned, every version may be independently edited. Versions may differ not only by matrixes and functions, but also by domain configuration.

When versions are created there is a possibility to create the Timeline - a schedule defining when which version of configuration should be available for the application.

Our customers use Hyperon to develop innovative products and generate new revenue streams. These are their sucess stories. 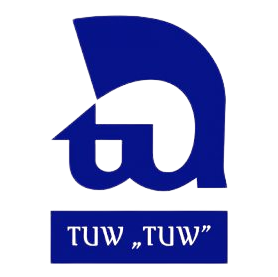 Check how your company could benefit from Hyperon.